Driver Killed and 2 Others Hospitalized in Pearland 3-Car Crash 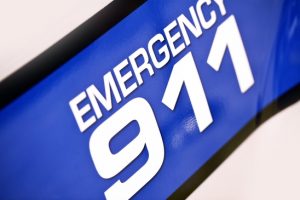 Pearland, Texas (November 13, 2017) – According to troopers, an over-speeding driver caused a fatal crash in Pearland Monday afternoon that left one person dead.
The deadly collision took place at about 12:45 a.m. Monday, November 13, at FM 521 and FM 2234 near Pearland.
According to a police report, the crash happened when a driver of an SUV was going at a higher rate of speed at more than 100 mph, approached the intersection and crashed into the rear of a minivan. The minivan also hit another minivan. The two vans had stopped at a red traffic light.
The collision caused one of the minivan to flip into a ditch. According to a report, the driver in the vehicle which flipped into the ditch died at the scene.
Authorities said the drivers of the other minivan and the speeding car were taken to a hospital for treatment.
The cause of the crash remained unclear.
According to a report, the intersection was closed down to traffic for several hours and has reportedly reopened.
If you or a loved has been injured in an auto accident or as a result of another person’s wrongful conduct, contact Joel A. Gordon & Associates at 281-943-5555 for a free consultation. Our offices are conveniently located throughout Houston and Harris County. We also conduct regular travels in the region to meet with clients.

Woman Hospitalized after 4-Vehicle Crash on North MoPac in Austin

Eddie Aguilar and One Other Driver Injured in Corpus... read more