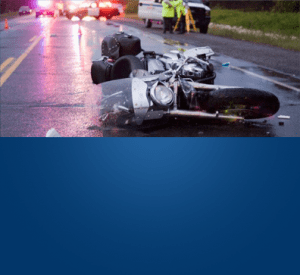 Lubbock, Texas (July 7, 2018) – Two men were injured in a motorcycle accident in Lubbock Friday night, according to police.
The crash occurred just before 11:00 p.m. Friday, July 6 in the 1500 block of 82nd Street near Avenue P and involved a motorcycle and a Chevrolet Camaro.
According to the police, the Camaro was heading westbound in the right lane of 82nd Street while the motorcycle was traveling westbound in the center lane of 82nd Street when the crash occurred.
The motorcycle rider, a 29-year-old male, was transported by ambulance to University Medical Center with serious injuries.  The Camaro driver, a 40-year-old male, was also transported to UMC with moderate injuries. The two men were the sole occupants of their vehicles.
The crash remains under investigation.

Pedestrian Airlifted after Being Struck by Vehicle on N. Main Street in Cleburne