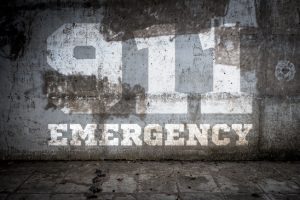 Texas City, Texas (October 7, 2017) – One driver was killed, and another sustained potentially life-threatening injuries in a wrong-way collision Friday night in Texas City, police said.
The deadly collision took place at about 5:30 p.m. Friday, October 6, in the 2500 block of State Highway 146 South.
According to a police statement, a Dodge Ram 2500 was heading northbound in the southbound lanes of the highway when it struck a concrete retainer wall at the foot of the North Loop before colliding with a white Ford pickup truck head-on.
The driver of the Dodge Ram was declared deceased at the accident scene while the Ford driver suffered critical injuries and was flown to University of Texas Medical Branch in Galveston.
Information regarding the identity of the victims was not immediately released by the investigators.
If you have lost a loved one in an auto accident or as a result of another person’s wrongful conduct, contact a Houston personal injury lawyer at 281-943-5555 for a free consultation. Our offices are conveniently located throughout Houston and Harris County. We also conduct regular travels in the region to meet with clients.

Pedestrian Killed in Crash on Southwest Freeway in Houston

One Injured in San Antonio Crash at Highway 281... read more