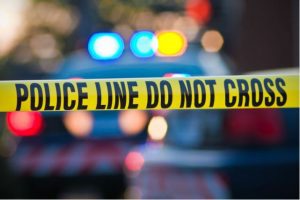 Houston, Texas (June 10, 2017) – According to a police report, a man died after a vehicle collision in northwest Houston on Saturday morning.
The incident occurred at the intersection of Janak and Woodvine Drive as per the HPD.
The police affirmed in a tweet that a male passenger had died and another passenger sustained injuries. They also added that the driver fled the crash site.
The incident remains under investigation to determine cause and liabilities.
If you or a loved has been injured in an auto accident or as a result of another person’s wrongful conduct, contact a Houston personal injury lawyer at 281-943-5555 for a free consultation. Our offices are conveniently located throughout Houston and Harris County. We also conduct regular travels in the region to meet with clients.

2 Injured in Head-On Crash on FM 813 in Waxahachie

1 Killed in Multi-Vehicle Accident on Research Boulevard in Austin

Tyler Blankenship, 24, Killed in 2-Car Collision at US 287 and Willow Spring Road