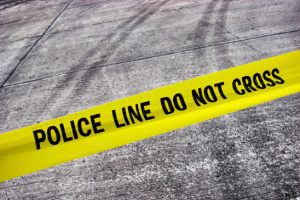 Eastland County, Texas (August 5, 2018) – A person was killed, and another injured Wednesday afternoon in a two-vehicle crash in Desdemona, according to the Texas Department of Public Safety.
The crash occurred August 1, on State Highway 16.
Authorities said a car driven by Shirley Thompson Good, 80, failed to yield to the right of way and pulled out onto the path of a Peterbuilt truck, resulting in the collision.
Kenneth Preston Good, 80, of Gormon, was riding as a passenger in Shirley’s vehicle.
Kenneth was taken to a Fort Worth hospital where he was pronounced dead.
Shirley suffered serious injuries and was transported to a Fort Worth hospital.
The driver of the Peterbuilt truck was uninjured.
The crash remains under investigation.

6 Injured in 4-Vehicle Crash on Highway 114 in Irving

1 Hospitalized in Waco Crash near Highway 84 and... read more

Jimmy Crifenbery, 66, Judy Milburn, 52, Killed in 5-Vehicle Crash on I-20 in Harrison County

One Killed and One Injured in Arlington Two-Vehicle Crash... read more

One Injured in Tyler Two-Vehicle Crash at Highway 271... read more